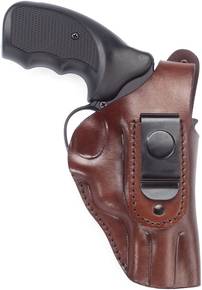 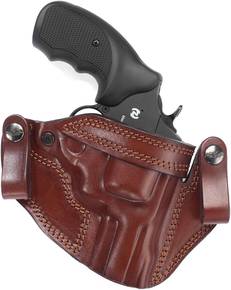 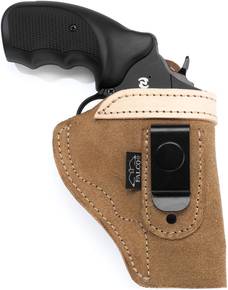 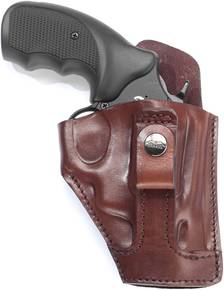 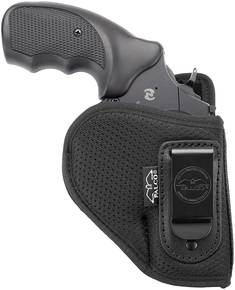 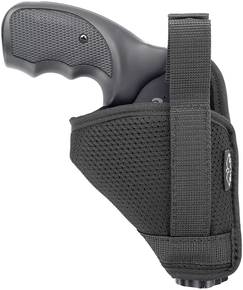 Our offer includes 43 designs of Taurus  Public Defender - 2.5"  IWB holster with key features such as quick and easy draw and re-holstering. Wide range of carry positions and carry styles allow you to browse through many holster models with great retention and a covered trigger guard, either open top holsters or holsters with a thumb break. Our Taurus  Public Defender - 2.5" holsters are designed to minimise gun print so your carry is only known to you, their slim profile and premium stitching are a key feature. Other than that, we have a large range of on-duty or off-duty holsters for your daily carry.

Choosing the right Taurus Public Defender - 2.5" IWB holster is not a simple task. Inside the waistband holsters vary in materials and in carry positions. Putting your holster inside the pants means hiding your firearm in plain sight and these holsters also come with a minimal gun print and that is always a positive feature, as the element of surprise is the key. Taurus Public Defender - 2.5" Tuckable iwb holsters are an ideal self-defense style of carry, you just simply put the holster inside the pants and you're all set.

Taurus  Public Defender - 2.5"  IWB holsters are custom made for this gun model for a perfect fit, smooth draw and re-holstering and allows you to carry your gun in comfortable and safe way. Browse our whole selection of Taurus.

The 2.5” model of the Taurus Judge Public Defender is a steel frame, single/double-action revolver. It was first introduced more than a decade ago and it is still as popular as ever. This comes as no surprise since it has a combination of features that most gun owners or soon to be gun owners look for. Firstly, since it’s a revolver it is reliable as all hell. Secondly, it is very compact, easy to conceal and quite lightweight therefore ideal for concealed carry. And thirdly, it has been time tested and proven. This gun just won’t let you down. But nothing is perfect, not even the Judge Defender. If you are interested, you can read about the most frequent problems of the Taurus Judge Public Defender here.

Okay, now that we have established that the 2.5” model of the Taurus Judge Public Defender is a good weapon on the paper it is time to take a closer look at the “teeth” of this baby. The Taurus Judge Defender can be chambered in either.45 Colt caliber or 410ga both of which certainly packs a nice punch. Although the performance of both cartridges is a bit hindered by the short barrel length they should perform more than well enough within the standard self-defense ranges. The fact that the revolver features such a short barrel the accuracy really takes a toll but that only starts to matter if you try to shoot medium distances in a competition setting which is not the purpose of this stubby revolver. The Taurus Judge Public Defender uses a 5 round rotating cylinder as the feeding device which means that the chance of jamming is practically non-existent while still providing an acceptable capacity for a small, concealed-carry, self-defense revolver.

As mentioned in the beginning, the revolver's frame is made out of high-quality steel alloy which makes it super durable and it also helps to make the revolver feel more substantial in one's hands when compared to its polymer counterparts, despite its small overall size. This of course means that you will need a good gun belt to carry all that extra weight. You are welcomed to browse our selection of the best gun belts right here. Speaking of weight, the whole deal weighs exactly 28oz which is a bit heavier than most people are used to but it’s nothing ground-breaking.

Now let’s get to the special features of the 2.5 inch Taurus Judge Public Defender. First of all, it features an extended ejector rod which as the name implies is supposed to help out with reloading. It is no doubt a welcomed feature that you'll fall in love with if you are used to traditionally sized ejection rods. Secondly, the Taurus Judge Public Defender features a Taurus Security System or TSS for short, which is there to make sure that if your gun is stolen cannot be used without first being unlocked with an appropriate key. It is not a feature that will come in handy on day to day basis but if your pistol ever gets stolen from your car or wherever you got it stored it serves as the last line of defense so that it cannot be used against somebody. Thirdly, the Judge Public Defender features a fiber optic front sight which helps a great bunch with aiming and therefore hitting your targets more accurately. Besides these things, it also features your traditional transfer bar as a safety mechanism.

And in case you are interested in more information about the Taurus Judge Public Defender, we advise you to have a look at the official Taurus website or this Wikipedia article. But if you would like some information regarding its actual performance I would suggest you also check out this forum for the best, first-hand information. 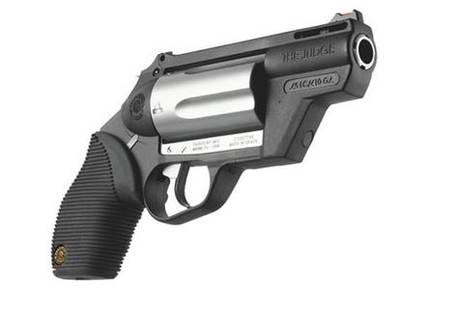 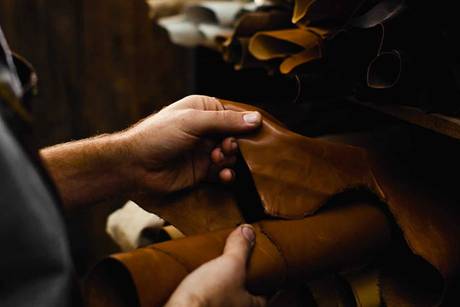