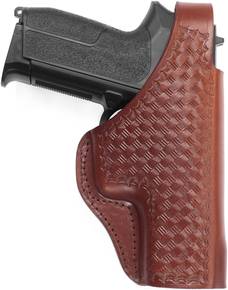 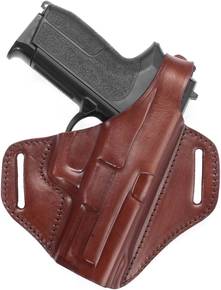 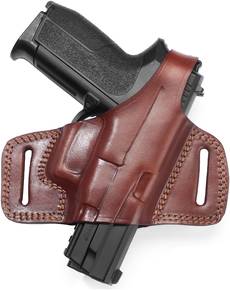 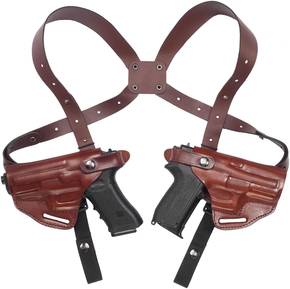 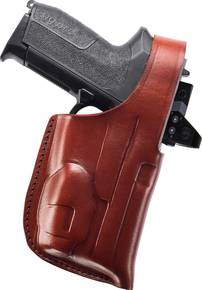 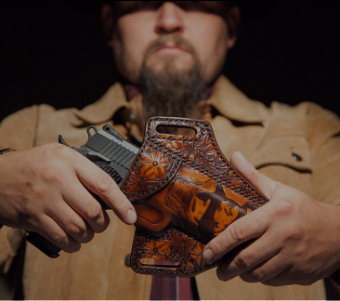 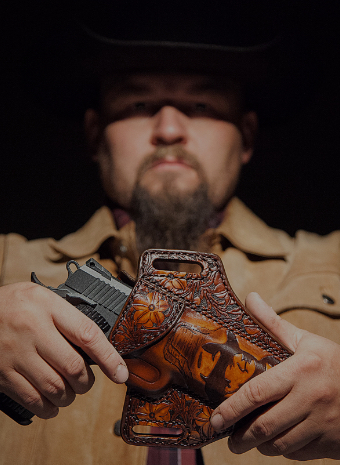 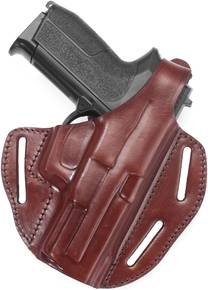 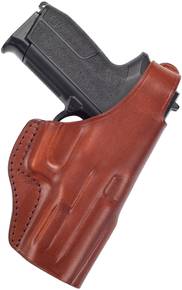 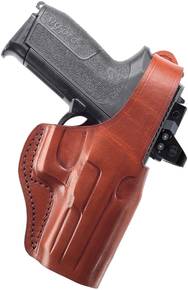 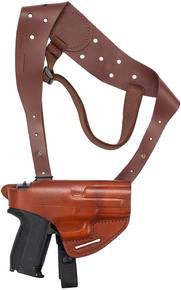 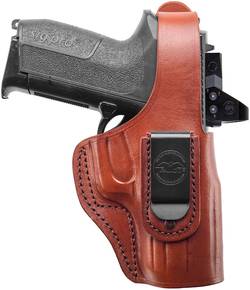 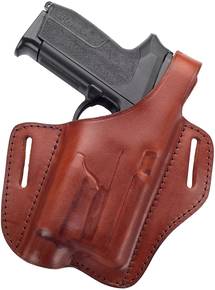 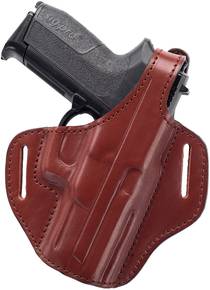 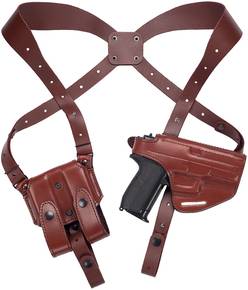 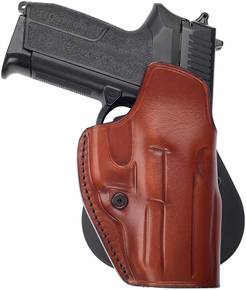 Our offer includes 69 designs of FN  FNX 45 Tactical  holster with key features such as quick and easy draw and re-holstering. Wide range of carry positions and carry styles allow you to browse through many holster models with great retention and a covered trigger guard, either open top holsters or holsters with a thumb break. Our FN  FNX 45 Tactical holsters are designed to minimise gun print so your carry is only known to you, their slim profile and premium stitching are a key feature. Other than that, we have a large range of on-duty or off-duty holsters for your daily carry.

FN  FNX 45 Tactical  holsters are custom made for this gun model for a perfect fit, smooth draw and re-holstering and allows you to carry your gun in comfortable and safe way. Browse our whole selection of FN.

The FN FNX 45 Tactical is a recoil-operated, double/single-action, semi-automatic pistol that was introduced by FN back in 2012. Just like its name suggests, the FN FNX 45 Tactical belongs to the FN’s FNX family of pistols and it’s a model that’s very popular among professional shooters. At the same time, this model is an upgraded version of another popular pistol made by the Belgian manufacturer, the FNP-45 Tactical. The pistol comes with a number of interesting tactical features, which it boasts on top of all the features present in the standard FNX-45 model.

The FNX 45 Tactical is a full-sized handgun with an overall length of 8.7 inches and the pistol’s barrel is 5.3 inches long. A handgun as big as the FN FNX-45 Tactical isn’t really suitable for everyday concealed carry, but it’s sure a pistol any competition shooter or on-duty professional will appreciate. The FNX-45 Tactical comes with a double-stack magazine which takes in up to 15+1 rounds of the powerful .45 ACP cartridge.

As the FNX-45 Tactical is a firearm intended for tactical purposes, it offers possibilities many other pistols don’t. One of these is an accessory rail, which lets you attach a tactical light or laser to your pistol. If you decide to make use of this feature, don’t forget to get yourself a well-made FNX 45 Tactical light-bearing holster. Another way to get the most out of the tactical potential of your pistol is through one of these FNX-45 Tactical red dot sights. Just keep in mind that you’ll also need a solid FNX 45 Tactical red dot holster. Another great tactical feature the pistol comes with is a compensator and height sights system.

A pistol as big as the FNX-45 Tac calls for open carry solutions (that is if your state allows you to carry this way). This model is most frequently carried in a FNX-45 Tactical OWB holster, but cross-draw and shoulder holsters are also a viable carry method. If you’re an armed professional, then you might also consider getting an FN FNX-45 Tactical duty or drop-leg holster. Of course, if you live in a state where open carry is not an option, you’ll need to look at other options. And there’s no better way to conceal carry your pistol than in a custom made FNX 45 Tactical IWB holster.

If you haven’t got your own FN FNX-45 Tactical pistol, you can do so through FN’s official website. Also, in case you’d like to find as much as possible about this handgun, check out this FNX Wikipedia page. If you wish to stay tuned into what’s new in the world of FN pistols, don’t forget to follow FN’s official Facebook page.

A perfect FN  FNX 45 Tactical  holster holds your firearm without the need of a retention strap. The natural retention of each material takes care of it and you can even hold the scabbard upside down without the firearm falling off. Or you can rely on the retention strap which can have several levels of retention. Another treat of a great  FNX 45 Tactical gunholster are smooth edges on the outside. This way the holster stays protected from abrasions, scratches or any other intrusive surfaces that it may stumble upon. A perfect finish of a holster is another feature. A FN FNX 45 Tactical holster keeps dust, moisture and water away. Taking care of your holster is an important thing and there are many options including break-in or adjustment. FN FNX 45 Tactical holsters can come in a large variety of materials and carry styles that will allow you an easy draw and re-holstering while being comfortable at all times. We offer Leather, Nylon FN FNX 45 Tactical holsters. You can choose between IWB, OWB, Cross Draw, Light Bearing, Paddle, Red Dot Sight, Shoulder, Small Of Back, Other (Molle, Pocket, ...) holster designs for FN FNX 45 Tactical.