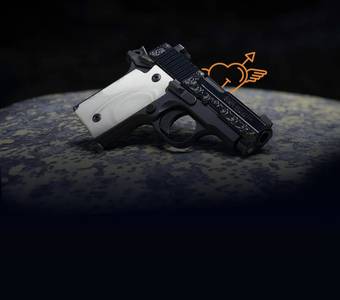 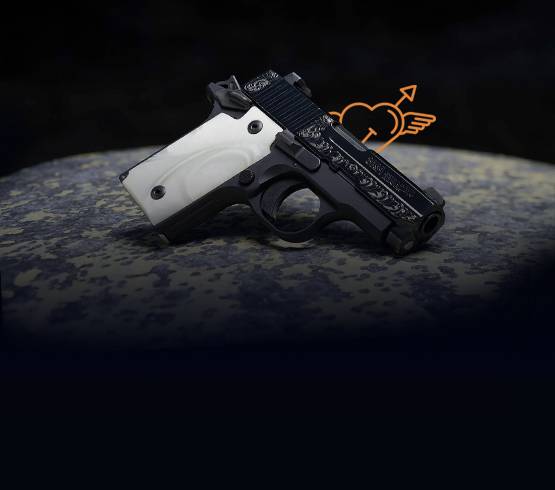 Our offer includes 141 designs of     Sig Sauer P226 holsters with key features such as quick and easy draw and re-holstering. Wide range of carry positions and carry styles allow you to browse through many holster models with great retention and a covered trigger guard, either open top holsters or holsters with a thumb break. Our Sig Sauer  P226 holsters are designed to minimise gun print so your carry is only known to you, their slim profile and premium stitching are a key feature. Other than that, we have a large range of on-duty or off-duty holsters for your daily carry.

Sig Sauer  P226  holsters are custom made for this gun model for a perfect fit, smooth draw and re-holstering and allows you to carry your gun in comfortable and safe way. Browse our whole selection of Sig Sauer.

SIG Sauer P226 is made by the Swiss-German manufacturer SIG Sauer which has a long history of crafting quality military, hunting, and target firearms. Products of SIG Sauer have a high reputation for their accuracy and reliability, and the P226 is no exception.

The P226 was first developed by SIG particularly to compete in the US military trials. This handgun was made in the 1980s based on the SIG P220 with the aim of a higher ammo capacity. The SIG Sauer P226 is a popular full-size pistol designed for self-defense, tactical use, and competition shooting. It is widely regarded as one of the most reliable handguns on the market due to its proven track record and superior craftsmanship.

The SIG Sauer P226 has a classic design that has remained relatively unchanged since it was first released in 1984. It features a 4.4-inch barrel with an overall length of 7.7 inches, making it the perfect size for concealed carry or open carry holsters. The frame is made from aluminum alloy while the slide is made from stainless steel, giving it a solid build quality that can withstand years of abuse without breaking down. This gun also comes standard with 3-dot sights, an ergonomic grip, and several different finish options to choose from such as black nitron or two-tone stainless steel which will look excellent in one of the paddle, SOB, cross draw, or shoulder holsters.

The SIG Sauer P226 has been tested extensively over the years and consistently outperforms its competitors in both accuracy and reliability tests. This gun is easy to shoot accurately thanks to its low recoil, light trigger pull (around 4 pounds), and well-balanced design. Additionally, it comes standard with a smooth single action/double action trigger system that allows you to quickly transition between targets without having to manually decock the weapon after each shot. This makes it an ideal choice for target shooting or home defense scenarios where accuracy is key. P226 has quickly become a favorite weapon among many law enforcement and security agencies whose members can enjoy this special weapon in an outstanding and safe Sig Sauer P226 duty holster.

The standard P226 Rail variant has a Picatinny rail under the barrel which allows the attachment of accessories such as laser pointers or tactical weapon lights. If you fancy such a SIG P226 accessory, grab one of the best light-bearing SIG Sauer P226 holsters. To maintain a target focus is possible also with a red dot sight that will mate your SIG perfectly. Hence, don’t forget to choose one of the custom made SIG Sauer P226 holsters with optics.

The SIG Sauer P226 can be found at most gun stores or online retailers for around $900 - $1,200 depending on the model and finish you choose. While this may seem like a lot of money for some people, keep in mind that this gun was designed to provide years of reliable performance without needing frequent maintenance or repairs—making it a great investment for serious shooters who want something they can depend on for many years to come.

Overall, the SIG Sauer P226 is an excellent choice for anyone looking for a reliable full-size pistol that won’t let them down in any situation. Its classic design has stood the test of time while its modern features make it an ideal choice for both competition shooting and self-defense situations alike. With its superior craftsmanship and unbeatable accuracy, this gun will serve you well whether you are just starting out or have been shooting firearms your entire life.

Detailed information can be read also at SIG’s official webpage as well as at SIG Sauer P226 Wikipedia. If you like chatting about your SIG online, then make sure to take a look at one of these popular SIG forums -SIGtalk and SIGforum. And if this is not enough when it comes to the SIG Sauer universe, don’t forget about official Facebook page. 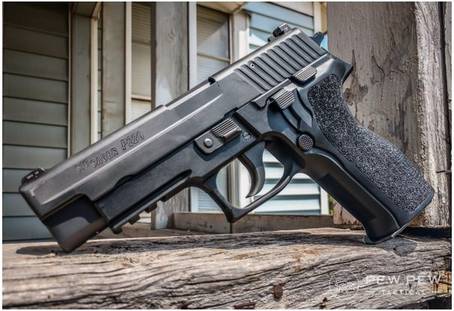 A perfect Sig Sauer  P226  holster holds your firearm without the need of a retention strap. The natural retention of each material takes care of it and you can even hold the scabbard upside down without the firearm falling off. Or you can rely on the retention strap which can have several levels of retention. Another treat of a great  P226 gunholster are smooth edges on the outside. This way the holster stays protected from abrasions, scratches or any other intrusive surfaces that it may stumble upon. A perfect finish of a holster is another feature. A Sig Sauer P226 holster keeps dust, moisture and water away. Taking care of your holster is an important thing and there are many options including break-in or adjustment. Sig Sauer P226 holsters can come in a large variety of materials and carry styles that will allow you an easy draw and re-holstering while being comfortable at all times. We offer Leather, Nylon, Kydex Sig Sauer P226 holsters. You can choose between IWB, OWB, Cross Draw, Light Bearing, Red Dot Sight, Light & Red Dot, Shoulder, Small Of Back, Belly Band, Chest, Drop Leg, Duty, Paddle, Other, Concealed Carry, Ankle, Appendix, Competition, Clip On, Hybrid, Magazine, Minimalist, Open Carry, Sweat Guard, Thumb Break, Tuckable, Women's holster designs for Sig Sauer P226.