It. A705
(1)
Nylon Shoulder Holster For Gun w. Universal Light/Laser

Our offer includes 73 designs of     FN Five-Seven MK2 SureFire X300U holsters with key features such as quick and easy draw and re-holstering. Wide range of carry positions and carry styles allow you to browse through many holster models with great retention and a covered trigger guard, either open top holsters or holsters with a thumb break. Our FN  Five-Seven MK2 holsters are designed to minimise gun print so your carry is only known to you, their slim profile and premium stitching are a key feature. Other than that, we have a large range of on-duty or off-duty holsters for your daily carry.

FN  Five-Seven MK2  holsters are custom made for this gun model for a perfect fit, smooth draw and re-holstering and allows you to carry your gun in comfortable and safe way. Browse our whole selection of FN.

The FN Five-Seven MK2 is an upgrade to the line. It was introduced in 2013 and became the standard version of the model. The difference is, that the FN Five-Seven II has one-piece metal slide and the previous model had two. The Five Seven Mkii has a black frame, black slide. The FN Five-Seven Mark2is slightly wider than its predecessor. 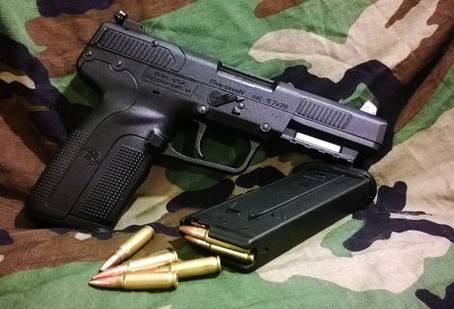 A perfect FN  Five-Seven MK2  holster holds your firearm without the need of a retention strap. The natural retention of each material takes care of it and you can even hold the scabbard upside down without the firearm falling off. Or you can rely on the retention strap which can have several levels of retention. Another treat of a great  Five-Seven MK2 gunholster are smooth edges on the outside. This way the holster stays protected from abrasions, scratches or any other intrusive surfaces that it may stumble upon. A perfect finish of a holster is another feature. A FN Five-Seven MK2 holster keeps dust, moisture and water away. Taking care of your holster is an important thing and there are many options including break-in or adjustment. FN Five-Seven MK2 holsters can come in a large variety of materials and carry styles that will allow you an easy draw and re-holstering while being comfortable at all times. We offer Leather, Nylon, Kydex FN Five-Seven MK2 holsters. You can choose between IWB, OWB, Cross Draw, Light Bearing, Red Dot Sight, Shoulder, Small Of Back, Chest, Drop Leg, Duty, Light & Red Dot, Paddle, Other, Concealed Carry, Ankle, Appendix, Competition, Clip On, Hybrid, Magazine, Minimalist, Open Carry, Sweat Guard, Thumb Break, Tuckable, Women's holster designs for FN Five-Seven MK2.