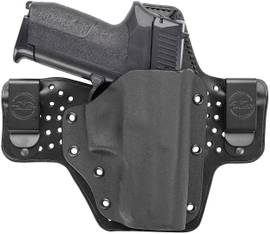 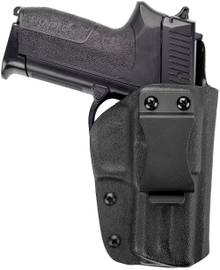 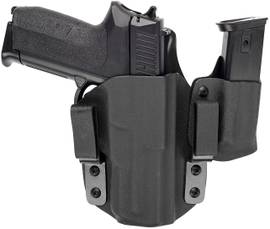 Carrying IWB style has become incredibly popular over the last couple of years. But what are IWB holsters and what’s their intended use? IWB holsters got their name based on the way they are carried, which is inside one’s pants. When a firearm is carried like this, it’s difficult to spot by others, which means inside the waistband holsters are ideal if you don’t want anyone to know you’re carrying. And that’s exactly what these holsters are used for - concealing one’s weapon.

There are a number of reasons why IWB holsters are so widely-spread. Most importantly, holsters carried inside one’s pants offer much higher concealment than any other carry style. This is also the reason why people often call them concealed carry holsters, often abbreviated to just CCW holsters. Inside the waistband holsters are also easily accessible, provided they’re mounted to the correct position. There’s two common carry positions for IWB holsters. IWB holsters with wider profiles such as this Open Top IWB Holster are usually carried in the 3 or 4 o’clock belt position. On the other hand, if you get yourself a slimmer holster, it can be attached to the 1 o’clock belt position. If you like to carry this way, you might as well get an appendix holster (a subcategory of IWB holsters).

Unlike OWB holsters (attached from the outside of one’s pants), IWB holsters might not offer as much comfort, especially if paired with a full-sized pistol such as the 1911, Glock 17, or Beretta 92FS. However, if your daily carry gun is something as compact as the SIG P365, Springfield Hellcat, Glock 43x or a J-frame revolver, inside the waistband holsters will provide you with all the comfort you need. At the same time, if your IWB holster is paired up with anything similar to the above mentioned EDC guns, it will be much more secure than when carried in an open carry holster.

There’s a number of ways to attach an IWB holster. In the past, most holsters carried inside the waistband came with belt loops on either side of the holster. Such attachment is quite convenient as you’re not required to take your belt off when mounting the holster. Also, a holster with at least 2 attachment points delivers great stability on the belt, but it must be carried on your dominant side. As many shooters prefer to carry in the appendix region, IWB clip holsters are much more popular these days. Another great benefit of IWB holsters with a clip is that they are super quick to mount. On the other hand, a clip holster doesn’t offer as much balance as a holster with belt loops does, especially if you use it with a bigger handgun.

Inside the waistband holsters are the ideal choice if you carry for self-defense reasons. They also come in handy if you want or need to carry in a situation where your gun can’t be seen. There are also quite many countries and states which simply require you to carry concealed. However, many US states still don’t allow you to carry concealed, which is why you should check out concealed carry laws across the USA before buying your new holster.

Apart from making yourself familiar with the current CCW laws, there’s some more factors to consider so that you know how to choose your new IWB holster. As we’ve already discussed the carry position and attachment system, the last factor that has to be mentioned is the material IWB holsters are made of. Kydex IWB holsters offer great retention and they are ideal for on-duty carry. Nylon IWB holsters tend to deliver greater comfort as they are much softer than kydex. However, your best choice might be leather IWB holsters as these usually come with the best fit. In case you have a hard time deciding which IWB holster to go for, check out this Guide to the best concealed carry holsters, which comes with a handful of great IWB holster tips. 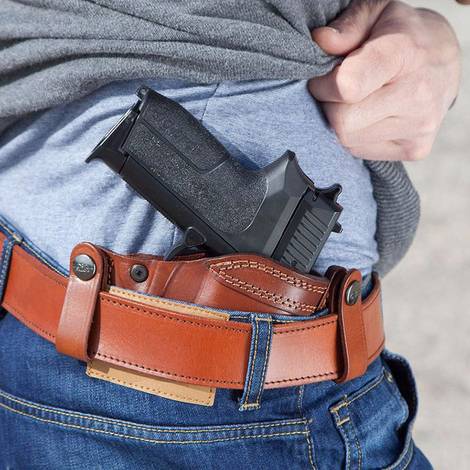 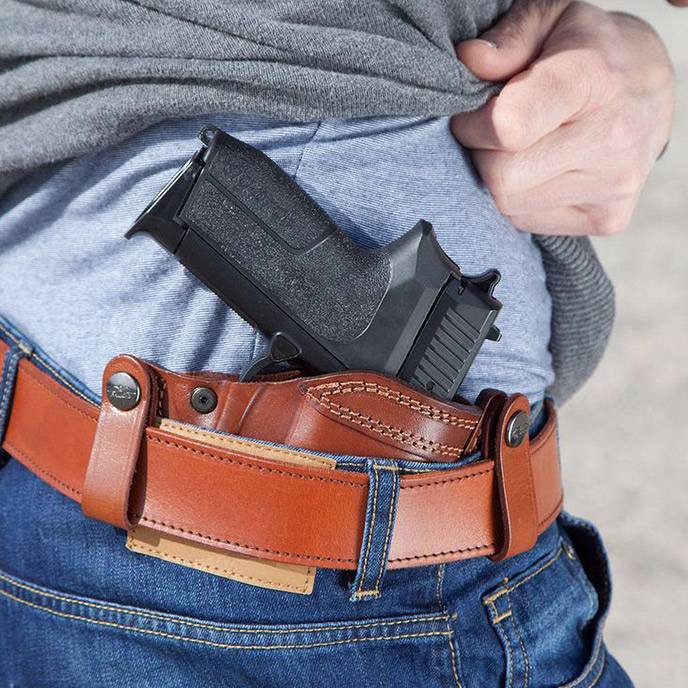