The Story of Ruger Holsters 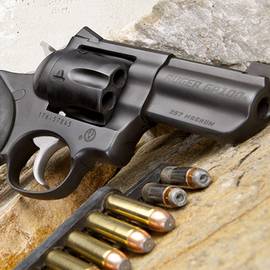 The company known all over the world as the Ruger, with the official name of The Sturm, Ruger & Company, Inc. is the leading producer of firearms in the whole United States. The Sturm, Ruger designs, produces and markets a full line of various models of pistols, revolvers, rifles, and shotguns, mainly for sporting purposes, however there is also several models available for the law enforcement and military use.

This company was founded in Southport, Connecticut in 1949 by Alexander Sturm and Bill Ruger and has had long and continued success, which makes the company one of those that have its  own place among the classic names of the best U.S. gunmakers. The Ruger has manufactured over 20 million firearms for both sporting and also law enforcement use. It would not be fair if we would not mention the controversy which Mr. Ruger created with his letter to members of the House and Senate in 1989. Shortly, it is said that his letter was the basis for some parts of the legislation which was drafted 5 years later in the Assault Weapons Ban. Moreover in an interview with Tom Brokaw, Mr. Ruger said: "I never meant for simple civilians to have a 20 or 30 round magazines" and besides this he said also that "no honest man needs more than 10 rounds in his gun".

Although the company really esteeming the heritage of Bill Ruger, this company no longer stands by this way of thinking and is actively selling also the high capacity magazines to the general public.