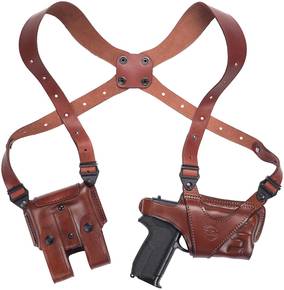 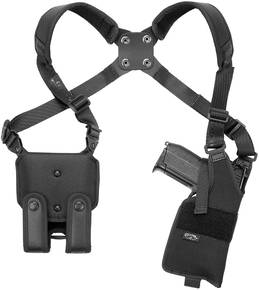 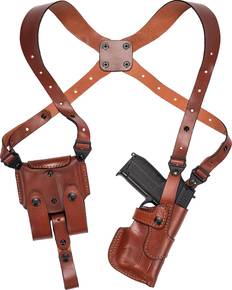 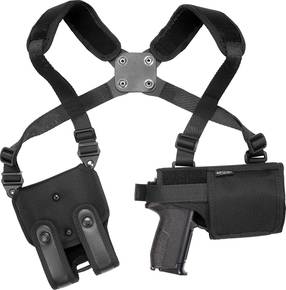 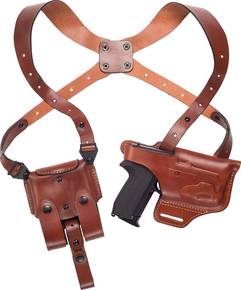 Shoulder holsters (sometimes referred to as underarm holsters) represent probably the most traditional carry method and if you’re a fan of westerns or action-packed or detective movies from the 80s, you’ve definitely seen them in action. In the past, it was mainly law enforcement officers that carried in leather shoulder holsters as they offered great carry comfort, easy access and immense stability. Nowadays, law enforcement agencies don’t really use shoulder holsters much, but they are still quite popular among civilians. Even though there are more popular carry styles available, shoulder holsters offer something other holsters can only dream of - they look super classy (especially those made of leather).

Horizontal shoulder holsters are more ideal for mid-size and sub-compact semi-autos and revolvers. The reason for this is quite simple; if you carry a big handgun in horizontal position and your torso isn’t thick enough, a part of the holster might end up sticking out, which makes concealment a bit tricky. On the other hand, shoulder holsters for horizontal carry come with a set of advantages. Most importantly, it’s much easier and more convenient to draw your handgun from a horizontal shoulder rig rather than a vertical one as you don’t have to raise your shooting arm that much upon draw (this feature can be a deal breaker for those suffering from shoulder pain). Shoulder rigs with horizontal orientation are also ideal for anyone who spends a lot of time in a sedentary position, such as office workers or truck and car drivers. In case you’d like to read more about pros and cons of shoulder holsters (both vertical and horizontal), check out this shoulder holster guide.

If you can’t decide between vertical and horizontal shoulder holsters, there’s no reason to despair. Quite recently, a number of holster makers introduced a blend of the two styles. A great example of a holster that lets you carry your handgun vertically, but allows for the more convenient horizontal draw is this vertical roto shoulder holster, which shouldn’t be missing in the arsenal of any true leather shoulder holster fan.

Quite recently, shoulder holsters have been gaining in popularity mainly among those who like to equip their pistols with various tactical attachments such as tactical lights and lasers or red dot sights. In case you’re a fan of shoulder rigs and tactical gadgets, you should start thinking about getting yourself a custom made red dot shoulder holster or a light-bearing shoulder holster. 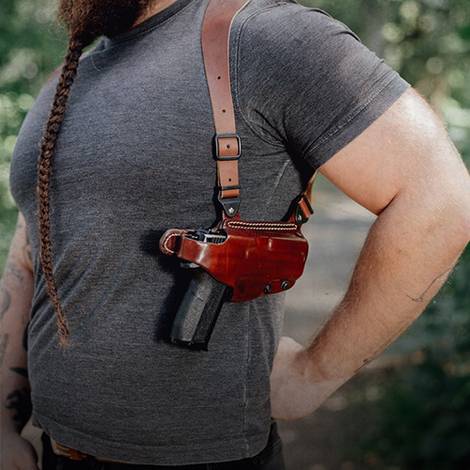 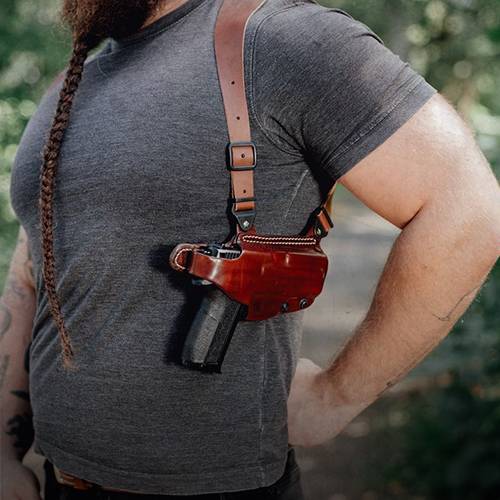