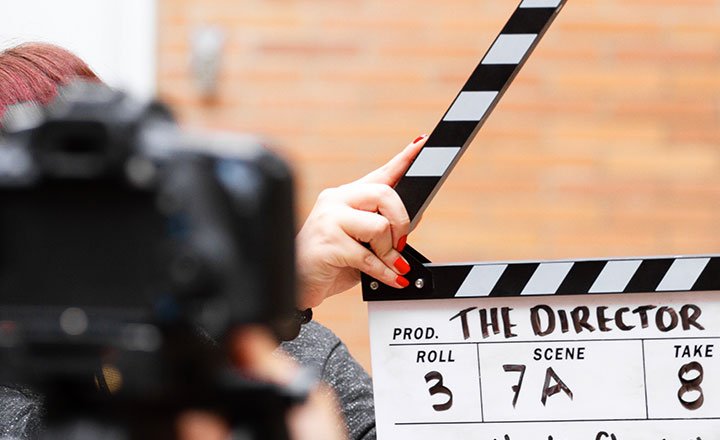 Role models or just some cool guys to laugh at and relax with while spending the evening either in the movies or at home with your significant other. Don't know what we're talking about? Movie good guys of course. We all know them, well at least we as in ordinary people who grew up watching Bond movies, Indiana Jones movies, Die Hard movies or John Wick movies. This article will deal with their gun choices and our holster options for those guns. So grab your hat and whip and let's go. 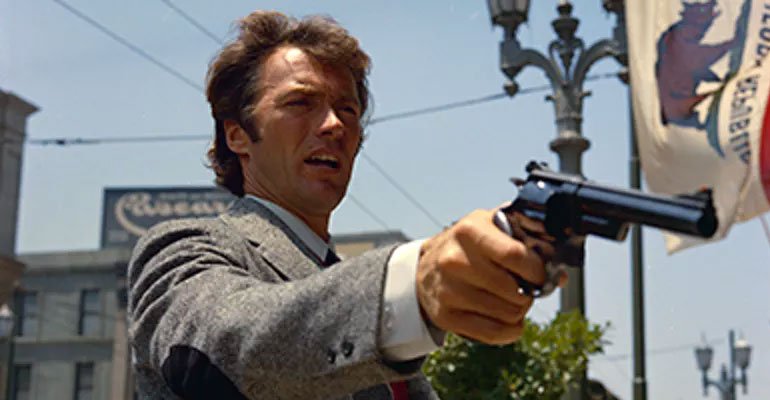 It's important to start with the legend. Who could not remember the famous line uttered by Clint Eastwood about his S&W Model 29 while looking down on a crook on the ground. Six shots were fired and a legend has been born. stock. The holster Harry was using was a vertical shoulder holster. They are excellent in concealing hand cannons such as the Model 29. The benefit of vertical shoulder holsters is that the whole weight of your firearm is distributed equally, i.e. it hangs down and it's center of mass doesn't wobble around and poke people standing behind you. Plus the draw is more natural and the muzzle of your revolver points down.

You may ask what is so special about that S&W Model 29? At the time of its introduction the Model 29 was the most powerful production handgun, although it was later overtaken by handguns chambered for the even larger .454 Casull and .50 A cartridges. The Model 29 was offered with  various barrel lengths from 3 inches to enormous 10 inch hand cannons.. A little funny fact is, that after the movie's release, retailers had trouble keeping the Model 29 in 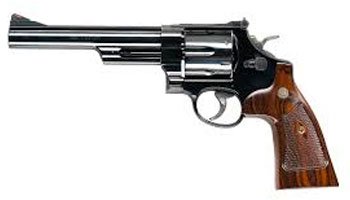 We've got a selection of vertical shoulder holsters you may want to check for your next Dirty Harry adventure, they may not be the ones that Mr. Eastwood carried back in his Harry days but they sure will look great on you.

If you are looking for a mechanically perfect vertical roto shoulder rig usable while sitting or standing with the same ease this one is for you. The rig contains a double mag holder - or a double speed loader holder for revolvers. The main benefit of this rig is the roto option that is easily controlled via the thumb break. The holster is kept in place thanks to a belt loop but doesn’t flop around even when not tied thanks to the simple weight distribution achieved by the barrel pointing down and the strong thumb break, which eliminates gun movement inside of the holster.

GET YOUR DIRTY HARRY RIG NOW 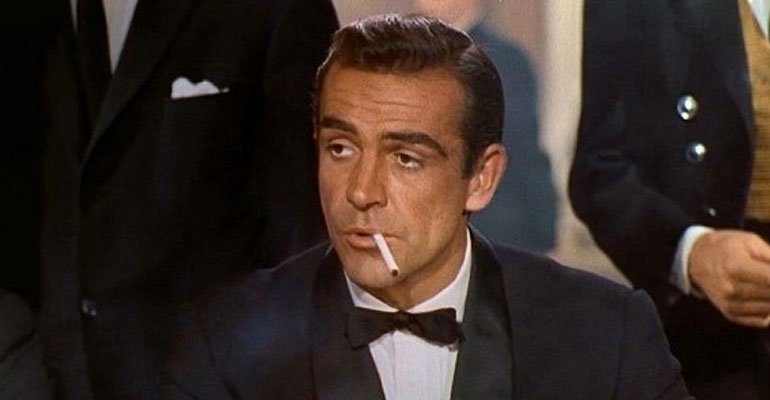 Bond, James Bond. Have you ever told it to anyone that asked you what your name was? We know you did. Who did not fancy this British chap and his skills in handling enemies as well as ladies is a liar. We all wanted that Walther PPK once in our lifetime, or any other Walther gun that this gentleman has wielded. Suit up and continue reading about the famous firearm wielded by many impersonators of this legendary character.

The PPK features an exposed hammer, a traditional double-action trigger mechanism, a single-column magazine, and a fixed barrel that also acts as the guide rod for the recoil spring. That is not something extraordinary, so you might ask why the gun for this spy? The PP and the PPK were among the world's first successful double action semi-automatic pistols. James should have the PPK as his chosen sidearm. It may not be as accurate as some other pistols of the same era the PPK had the great advantage of using the 7.65mm (.32 ACP) cartridge which was available all over the globe, fitting in with Bond's  lifestyle. Thus the Legendary Walther PPK entered into Bond folklore and into popular culture as the preferred weapon of the espionage operative. 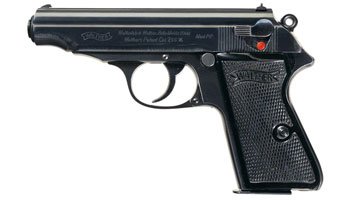 These are the top choices we can offer for your Walther PPK and many other weapons, pistols or revolvers. The PPK is a relatively small and hard to find firearm, so having it makes you something special. So why not put it in a perfect hand molded leather holster  - Even 007 might envy you.

We consider this vertical shoulder holster an ideal choice and we recommend it for all-day carry. Slim profile of the holster, with a vertical carry configuration makes it almost invisible and easy to conceal. Adjustable quick release provides optimal security and offers the speed at the draw. Part of the harness is extra lined with soft material for the extended comfort.

GET YOUR JAMES BOND HOLSTER NOW 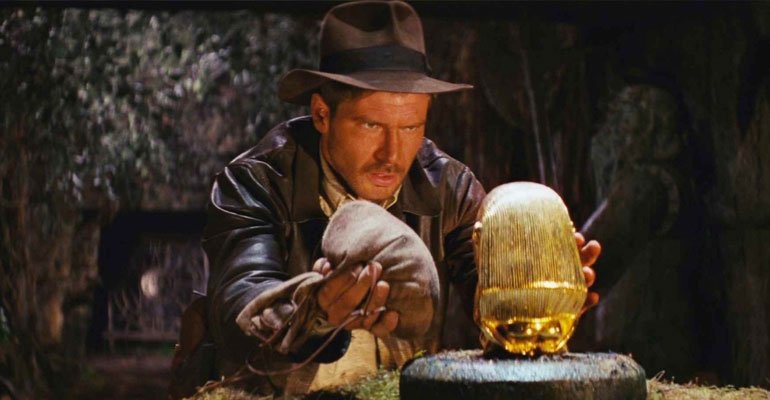 Indiana Jones, what can a person say when it comes to Indie. Flexin' a whip and some cool revolvers, or flexin' his hat and a Browning Hi-Power while killing evil Nazis and saving the world at the same time? I bet you can't go any cooler than that. Plus, Sean Connery is your father. The thing about Indie is that he was a fan of obscure revolvers, Colts, Smith&Wessons, etc. He once sported a sidearm - a Browning in the second movie and the internet doesn't know until this day where he kept it.

There were two primary revolvers used in Raiders of the Lost Ark. A Smith & Wesson 1917, chambered for .45 ACP and a a Smith & Wesson Hand Ejector Model 2. It is widely accepted that the Bapty was used in all the revolver shooting scenes. These, along with the mysterious Hi-Power were the pistols of choice for our adrenaline addicted archeologist. And to think that Harrison Ford almost declined the offer to play because he was contracted in a lot of movies directed by Spielberg and wanted to avoid being his go-to actor. What a loss that would be. 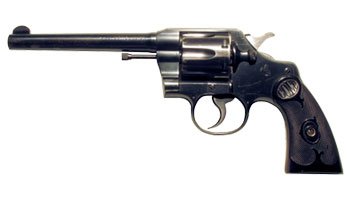 Here are some of our best archeologically-approved holsters you can holster your revolver or pistol in. We unfortunately don't sell whips of hats. But you can supply them elsewhere.

If you are looking for a thin and sturdy pancake holster that can be easily concealed and gives you two positions to carry, this is the one for you. This holster features double-stitched key points for a tighter fit and longer durability and has a slightly opened muzzle end to keep the dirt away. Three widespread belt slots for different cants will keep the holster close to the body and minimize the print and a safety snap, which is incorporated into the leather, will prevent any harm to the finish of the gun.

GET YOUR INDIANA JONES HOLSTER NOW 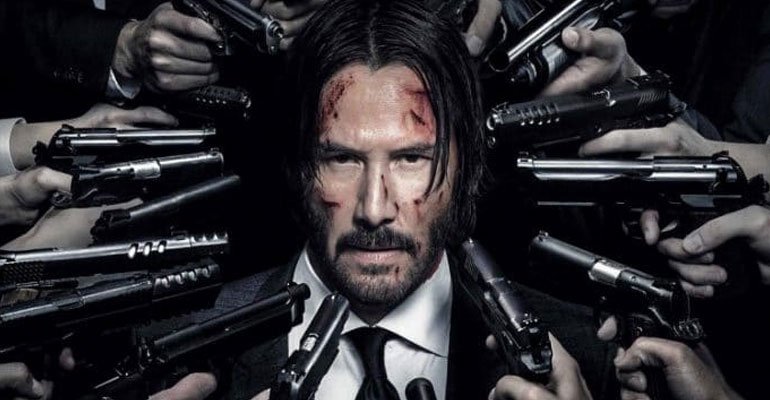 The boogeyman, Baba Yaga, who knows John Wick knows 2 things. He likes dogs and shoots guns. Keanu Reeves underwent some hard physical and range training in order to portray Mr. Wick properly. The authenticity of his movies are the evidence. His preference was the H&K P30 L among other firearms, you can say he definitely scored some good deals to Heckler & Koch.

John Wick uses a Heckler & Koch P30 L fitted with a custom compensator as his primary firearm through the film. The P30 L is a great handgun, there is very little that could be improved here, and for the price you will be hard pressed to find a better factory fresh handgun in the same class. That's why the worlds angriest dog owner chose it to deal with the bad guys. Hordes of bad guys. 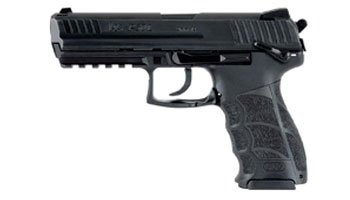 John sported a nice OWB Kydex holster throughout the movies. This is a shift from the classic good guy needs a leather holster but we can forgive him, as we don't want the Wick wrath to unfold. Luckily, we've got some nice owb Kydex pieces for you.

This Kydex holster is lined by soft leather what prevents scratching of the gun . Holster is made with 2 adjustable belt loops for side wearing style. Its shape ensures that gun is not in contact with shooter’s body. Holster has open muzzle design. It's all you need as it combines the comfortable and tactical category altogether.

GET YOUR JOHN WICK HOLSTER NOW