The Story of Heckler & Koch Holsters 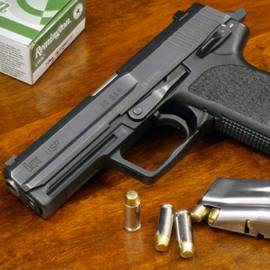 Heckler & Koch is a German company that manufactures handguns, military rifles, submachine guns, and grenade launchers. It’s story began after WW II. when the former designers of Mauser pistols started a machine tool plant in the former arms factory. They had responded to the need of the West German Bundeswehr in 1956 and their need of firearms and built the G3 rifle, which was based on the design of the Spanish CETME rifle. Upon the production, Heckler & Koch began developing new arms. In 1974, Heckler & Koch diversified into two business areas: HK Defense and Law Enforcement Technology and HK Hunting and Sports Firearms. Since then the manufacture of HK designed over one hundred new types of firearms which are used worldwide to the satisfaction of civilians, law enforcers and military. Heckler & Koch have received many contracts and one of them was a contract for the US Military to produce the kinetic energy subsystem, which they successfully done. In 2004, Heckler & Koch was awarded a major handgun contract for the Department of Homeland Security, for up to 65,000 handguns. This contract ranks as the single largest handgun procurement contract in US law enforcement history. Heckler & Koch are now selling firearms to the American market and have three locations, Virginia, New Hampshire and Georgia.