These are the 4 [proven] ways to carry your spare ammo 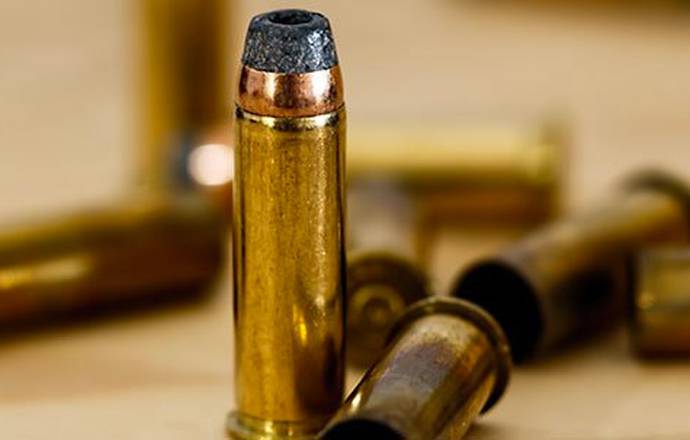 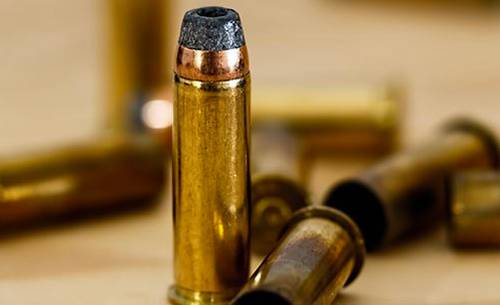 How many spare mags do you carry as your EDC? If you carry a gun for self defense purposes on a daily basis, carrying a spare magazine or speed loader comes into consideration as well. When discussing this topic you will most likely encounter two types of people (ike there are two types of shooters - Glock fanboys and 1911 fanboys). The ones that say carrying extra ammo is a must and you are basically a dead man walking if you do not and then there are those who say it is completely unnecessary. The truth is, an argument can be made either way. So let’s take a look at the reasonings behind both of these groups. In this article we will cover the reasons why you should carry an extra magazine, the possible downsides that could come with it and the different styles of carrying it.

The Pros Of More Ammo

Statistically speaking, you will probably not need the extra magazine, but if you do carry a gun with you at all times, you are already preparing yourself for un unlikely situation, so why stop there? If you think about it, a firearm becomes useless once you run out of ammunition. Of course we would all rather not get into a gunfight at all, but let’s say you do. How many rounds would you need to protect yourself? Would you be able to stop whatever’s threatening you with only one shot? Knowing you can reload at any time could have a very comforting effect even if you do not shoot more than 3 or 4 rounds. If a real life or death situation occurred, the pressure and stress could have a huge impact on your aim, or cause you to panic and empty the gun before knowing it. In such cases, spare ammunition could potentially save your life or the lives of your loved ones.

Since a defective magazine is one of the most common reasons for malfunctioning in semi automatic pistols, having a spare will be very important if this is your firearm of choice. The magazine can be easily damaged over time and cause misfeeding of the ammunition into the pistol’s chamber. Such gun will be inoperable until you replace the magazine. Some defects are almost unnoticeable and if you use a defective magazine, it will basically turn your pistol into a one shot handgun.

The Cons Of More Ammo

If you are a civilian, you are very unlikely to find yourself in a situation, where you would need to draw your gun. Even if you did, you probably would not even have to fire it, much less reload. Drawing your gun would in most cases cause the criminal trying to attack you to run and look for an easier target. If you did have to shoot, 3-4 rounds will be statistically enough, so a handgun with a 10- 15 round capacity, such as the CZ 75 sounds like more than enough for dealing with a wide range of situations. At the end of the day the purpose of carrying a gun for self defense is to feel safe. So if you feel confident with a Ruger LCP with 6-8 rounds, or  your 17 round Glock 17  then you probably will not need to carry a spare magazine.

Another reason that plays a huge part in the decision making process why some people do not want to carry a spare magazine is the inconvenience and discomfort. You already have a holster with your gun stuck in your pants, now you have to make room for a magazine pouch as well. You will have to be concerned about concealing the magazine just as much as your gun. The factor of discomfort will of course be different for each individual. There are different ways of carrying a spare magazine and if you find one that works for you, you might even forget you have it on. If you would like to know what options there are for carrying a spare magazine, then keep reading.

How To Carry Your Spare Ammunition

Carrying an extra magazine in your pocket probably sounds like the easiest way to do it. You don’t need any extra gear, you just grab it on your way out the door and you’re good to go. There are certain things to consider though. First of all, your magazine will move around in the pocket and in the moment of need could be facing the wrong way, which will slow your reload dow. If your pockets are really deep, the magazine will fall all the way to the bottom of the pocket, making it difficult to access. Another aspect is printing. In case you’re wearing lighter fabric, depending on its size the magazine could leave a pretty obvious print, which will be difficult to conceal unless you put a long coat on. Pocket carry is also a lot more prone to damaging the magazine, which could lead to malfunctioning of your gun. The magazine is not protected very well in the pocket, especially if you put other objects in it too (which we do not recommend doing) and the last thing you want is pulling out a magazine covered in lint.

While this option sounds very convenient, you could run into a few issues. Yes, you are already wearing a gun holster, so why not hit two birds with one stone and make it a magazine holster as well, right? The main issue with these is that it slows down your reload. If you wear your gun holster on your strong side hip, you will need to reach all the way across your body to get to your magazine losing precious seconds in the process.

Another way some people choose to carry their spare magazines is in a carrier that could be used for several different tools, such as a flashlight or a knife. The convenient thing is that you might not worry about concealing the pouch, since it basically looks like a cell phone holder and you could be carrying literally anything in it. The downside is that it is not made specifically for one tool, so your magazine might not fit.

Holsters made specifically for magazines will keep them protected and in place. This way you will not have to worry about your magazine not being reload-ready. You know what side it faces and where it is at all times. The holster will also make sure your magazine does not break, or get dirty. There are many different types of magazine holsters you can choose from. You can carry a single spare magazine in a single holster, or get a double one for two magazines. You can have it attached to your belt either from the outside or on the inside, vertically or horizontally. You can even carry a spare magazine in a shoulder holster. There are open top or closed top magazine holsters. Depending on your preferences you can also choose a material that suits you the most, like leather, kydex or polymer.

Just like your gun, you can have your magazine holster either on the outside or on the inside of your belt. You might need to try it out and see what works best for you. In case you carry your gun IWB style, want to carry a magazine as well, but do not want to go yet another size up when buying pants, you can have it on the outside of your belt. Depending on the size, it should not be too difficult to conceal with an untucked shirt in most cases. Horizontal holsters are especially easy to conceal, since they blend in with your belt. They are also very comfortable, as this way you do not have a piece of metal jamming into your rib cage especially when seated.

Closed top magazine holsters usually have a flop with snaps, that keeps the magazine in place and protected. The downside could be the fact that the cover slows you down, when pulling the magazine out of the hollster, so you might need to practice more. With open top holsters the retention is provided by a retention screw, so you don’t have to worry about the magazine falling out and can still carry it horizontally as well. The top of the magazine stays exposed, making it easier for you to get to it.

A shoulder holster gives you the option to carry a spare magazine as well. It consists of a harness that goes across your shoulders and back and has pouches for your gun on one side and magazines on the other side of your body. Since it’s all in one pack, it’s unlikely for you to forget your spare magazine. The benefit of this type of holster is the mobility you have with it. The weight of the gun and the magazine is evenly distributed along your shoulders. It is especially convenient for people who spend most of their days in a seated position. Sitting will be more comfortable without having your holster digging into your side and the gun is a lot more accessible in this position. However, concealing a shoulder holster could be a bit of an issue. You will need to wear a jacket at all times, which could get uncomfortable if you live in a warmer climate.

The final decision on carrying a spare magazine is up to you. It often depends on many variables that are difficult to predict, but the most important thing is that you feel safe and comfortable. Whatever you do, remember practice is key. Make sure to practice not only your draw, reload and aim, but also your mind to be able to react properly in an unexpected situation. And in case you do decide to carry a spare magazine, we have you covered with our wide selection of magazine holsters.

The Best Beretta APX Holsters For Open And Concealed Carry