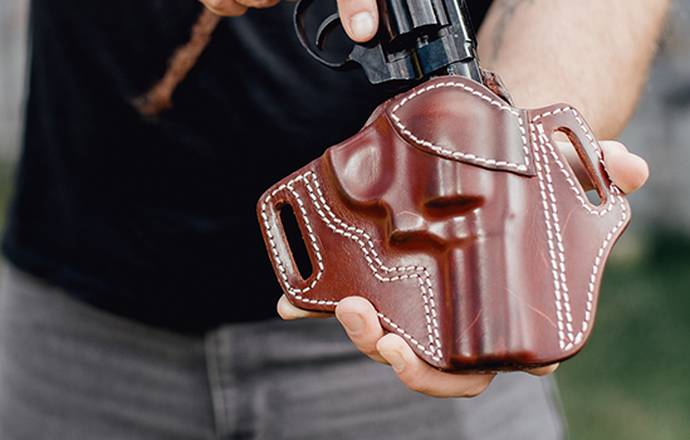 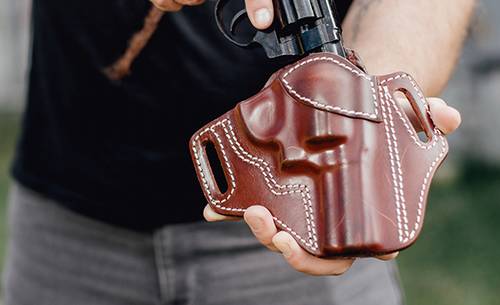 J-frame revolvers gained the world' recognition thanks to Smith & Wesson, the most popular American producer of wheel guns. Due to the shape of the front part of a J frame revolver, these guns are also called "snub-nosed revolvers" or simply "snubbies".

When it comes to the most popular J frame models by Smith and Wesson, the most popular makes are the S&W Bodyguard, S&W 638, and S&W 642. But snub nose revolvers aren't produced exclusively by them. Among other firearms producers specializing in J-frame models are Taurus, Colt or Ruger with models such as Taurus 856, Colt Cobra, Ruger LCR and Ruger SP101.

Although J-frame revolvers are available in different sizes and calibers, those used for everyday concealed carry usually come with a 2 inch long barrel and they rely on .38 Special or .357 Magnum cartridges. A pistol of such tiny size makes for an ideal self-defense carry gun, especially when paired up with a custom J-frame revolver holster.

How to conceal carry a J-frame revolver?

Concealment of J-frame revolvers with a 2 inch long barrel is quite simple. The most obvious choice are J-frame IWB holsters, but can be comfortably carried even in a snub nose appendix holster.

The tiny size of these revolvers also means they can be easily hidden in an ankle holster or even a J-frame shoulder holster.

Of course, there are many other ways how to carry snub revolvers, but for now, let's focus at those that offer easiest concealment and without compromising carry comfort.

We couldn't kick off this list with a better IWB holster for J frame revolvers than this one. Just look at its slick design. This J-frame leather holster comes in an open-top design, which allows for easy acces and quick draw. The holster is molded on the exact replica of your pistol, which grants it perfect fit and high retention. Last but not least, the slim design makes it one of the most comfortable J-frame holsters around. 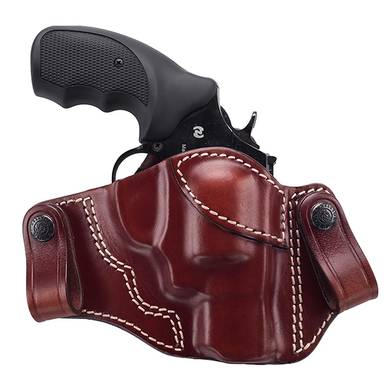 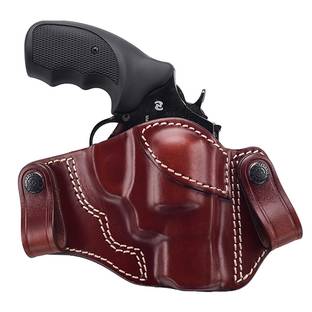 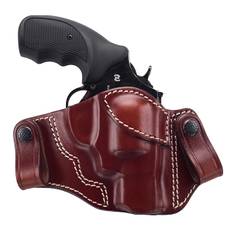 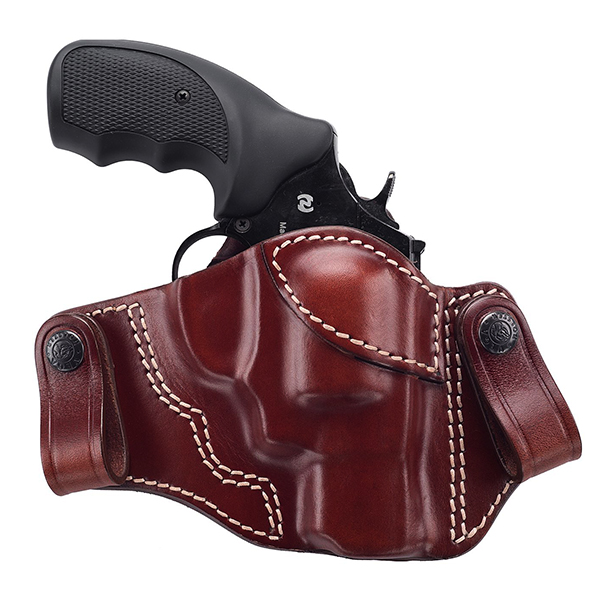 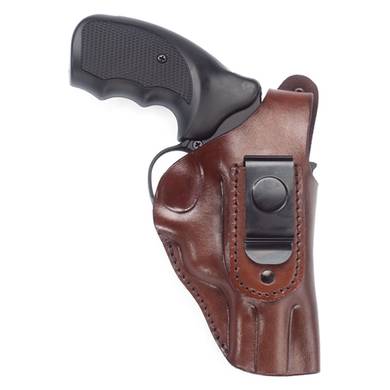 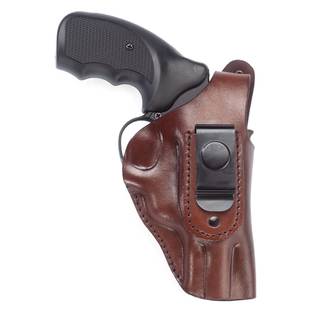 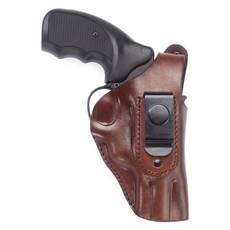 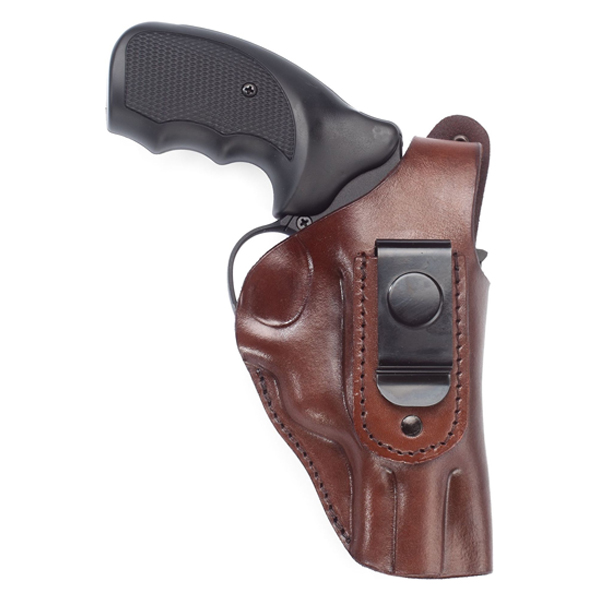 The second J-frame leather holster on our list can be used for both IWB as well as appendix carry. Unlike the first one, this snub nose holster features a safety strap, which increases the holster's security. The holster comes with a steel clip, which makes attachment of this J frame inside the waistband holster very quick and convenient. As far as IWB holsters for J frame revolvers go, this one might be the most versitile of them all.

As winter is closing in on us, snub nose revolvers can be easily concealed even inside a shoulder holster. A huge benefit of this J frame revolver shoulder holster is that it lets you carry your snubbie in a vertical position (so that you don't muzzle those behind you), but the roto system allows for more convenient horizontal draw. And the system also comes with a counterbalance pouch for 2 J frame speedloaders! 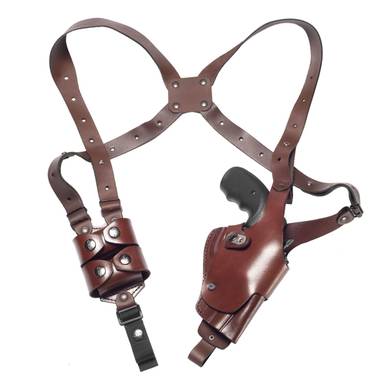 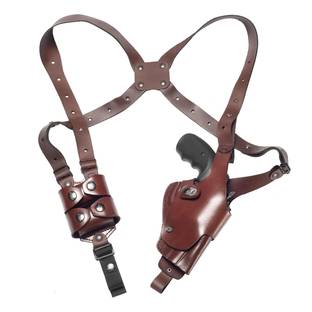 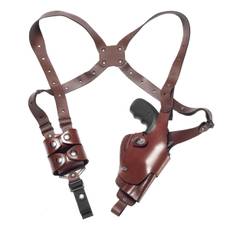 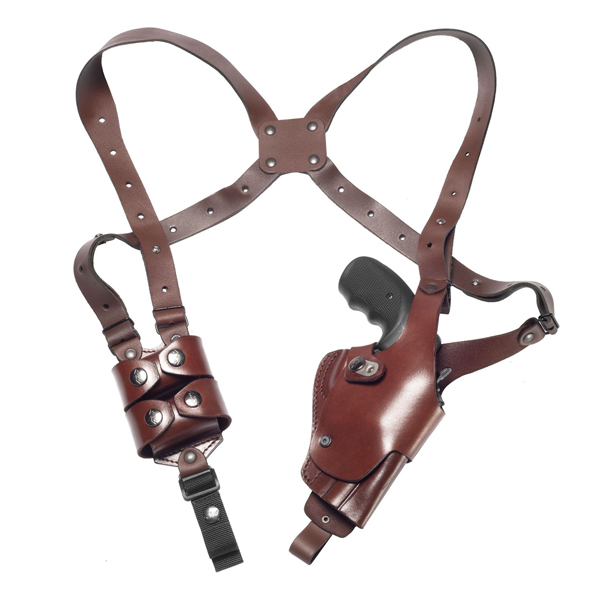 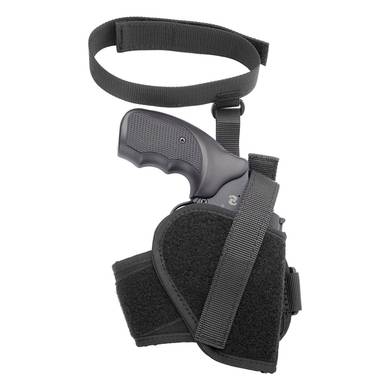 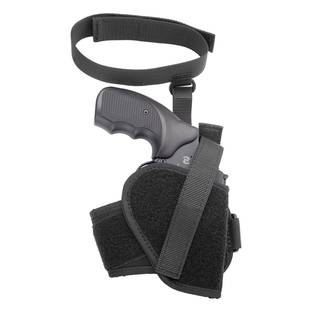 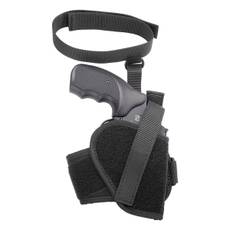 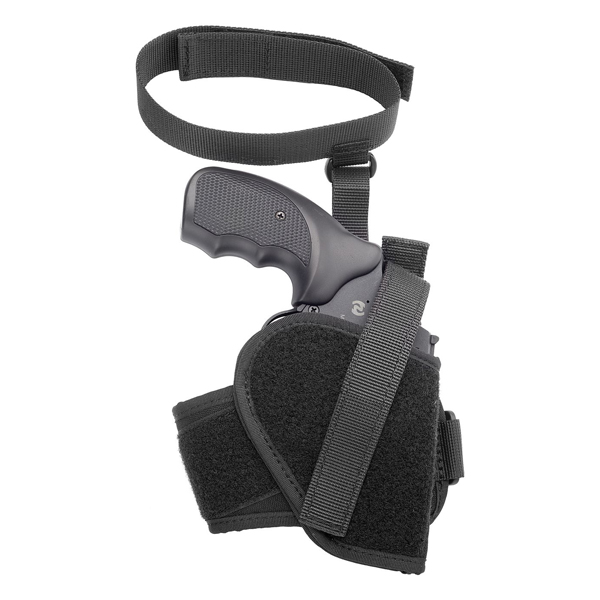 It's not all about leather. This nylon ankle holsters for J frame revolvers is a great choice for a pistol as small as your snubbie. Why? Because there's probably no better way to carry a backup gun than this. This snub nose ankle holster is made of high quality nylon. The removable safety strap holds your revolver in place very well and the holster is fastened in two places, making it very stable on your leg. 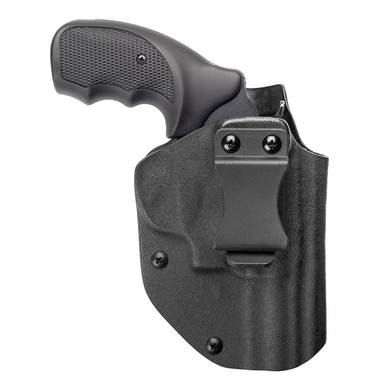 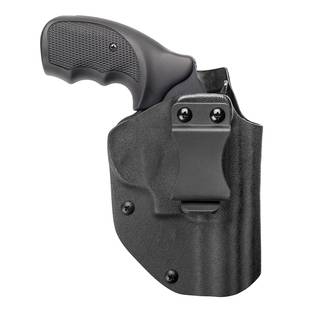 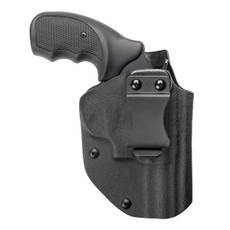 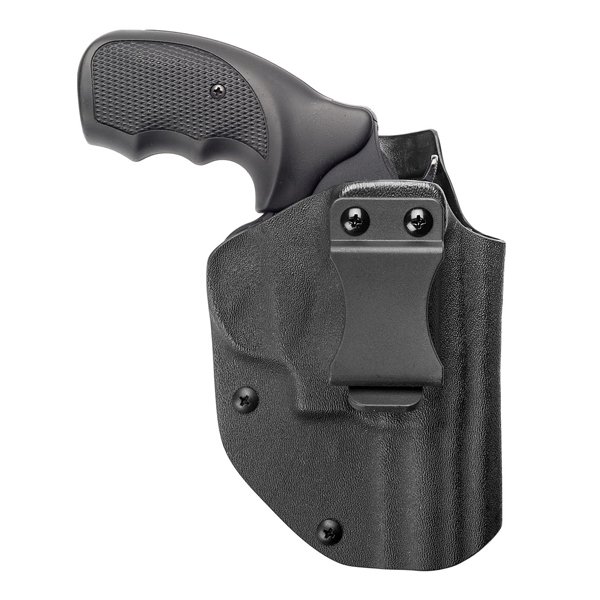 Picking the right holster for your gun is always tricky, especially if you're quite picky. However, selecting a CCW holster for snub nose revolvers isn't all that difficult.

As your wheel gun is super tiny, carrying in a J-frame revolver IWB holster doesn't come at cost of carry comfort, which might be the case with bigger guns. So, if you have trouble deciding which holster to pick, I'd suggest going for the #2 - J-frame Revolver Appendix Holster. This holster for 2 inch snub revolvers can be used for both hip (3 o'clock) as well as appendix carry (1 o'clock) and it's super easy to attach.

In case you haven't found your favorite on our list, make sure you hit that button below and check out the rest of custom made J-frame 2 inch revolvers. All of these holsters are molded on the exact replica of your Smith & Wesson, Colt, Taurus or Ruger snubbie and they are available for both left and right handed shooters.

Taurus Public Defender VS S&W Governor - Which Revolver Is Better For Concealed Carry?