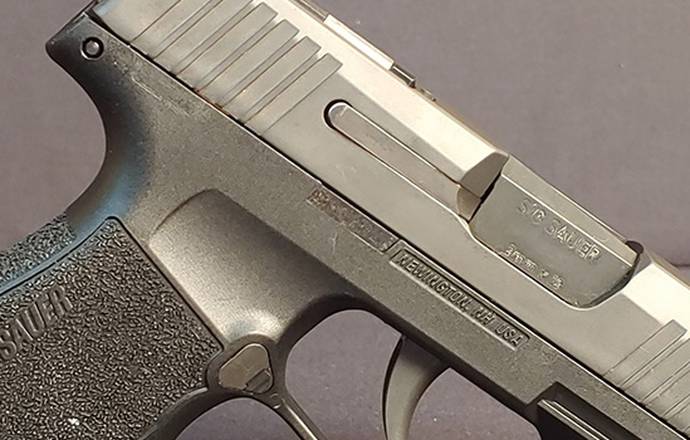 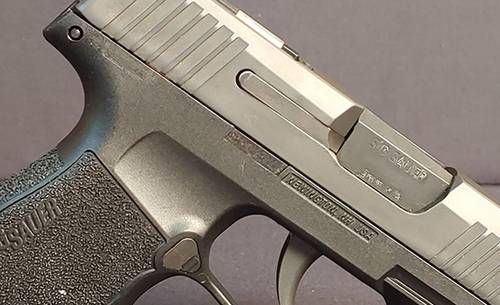 Back in 2018, SIG Sauer took everyone by surprise when they launched the first of the P365 family of pistols - the SIG Sauer P365. The pistol has instantly become one of the (if not the) most popular everyday concealed carry guns. The pistol’s extremely high capacity in such a micro-compact package became a real deal breaker. Sure, the feedback the P365 received wasn’t all positive, as the pistol certainly had some issues, but SIG Sauer quickly realised and fixed their mistakes and the second generation of the standard P365 met with almost exclusively positive feedback.

Based on such a great success, SIG Sauer decided to release a couple more P365 pistols, namely the SIG Sauer P365 XL and SIG Sauer P365 SAS models. As the SIG P365 XL is quite different from the standard P365, let’s put it aside for a while (you can find everything you need to know about this compact semi-auto in our SIG Sauer P365 XL review). On the other hand, the original P365 model is very, very similar to the SAS model, which is why I’ll use it as a reference point. You’ll see what the main similarities and differences between the two pistols are. And if this P365 SAS review makes you want to find out more about the original P365, you can do so in our SIG Sauer P365 review.

The SIG P365 SAS was released in October 2019, more than a year after the launch of the original P365 model. Just like the original P365, it’s a micro compact 9mm pistol and if you’re expecting something completely different from with many interesting upgrades, well, you might end up being a bit disappointed. Don’t get me wrong, the pistol is great, but it simply isn’t anything entirely new and breathtaking.

The “SAS” in this model’s name simply stands for SIG Anti-Snag System. And that’s exactly what this version of the P365 is all about. It’s a slimmed down and streamlined version of the SIG’s flagship, designed to avoid any potential snags when drawing. I know it doesn’t sound like much, but in life threatening situations, the anti-snag system might be a real lifesaver.

Although the dimensions of the two pistols are nearly identical (look at the size comparison below), the difference between the two can be seen at the very first sight. The P365 SAS comes with a ported barrel and a completely different sights system, but I’ll talk about that when discussing the pistol’s accuracy. 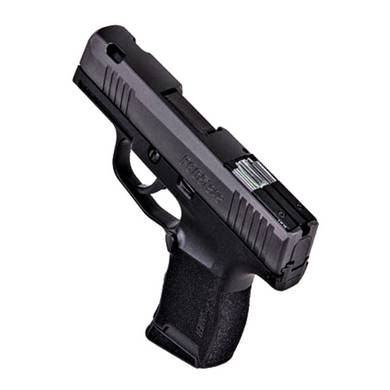 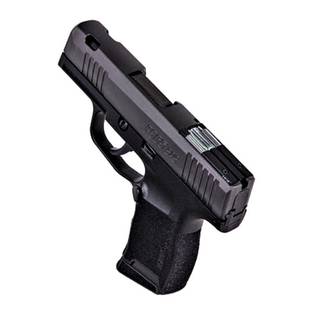 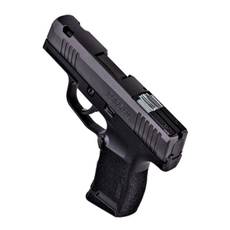 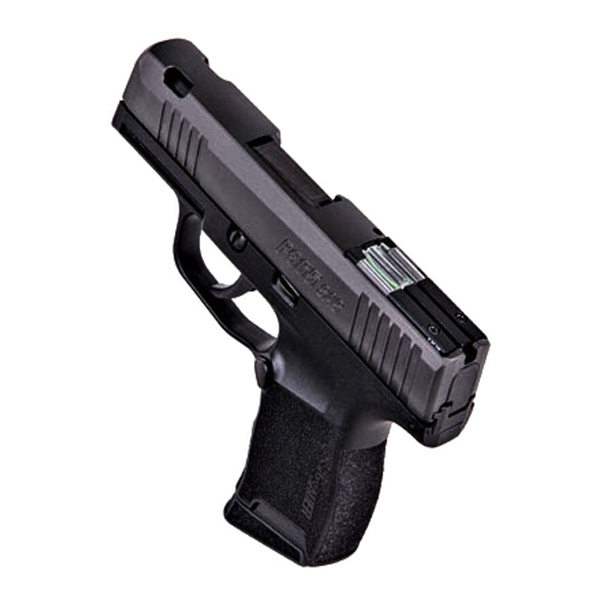 When it comes to the size and capacity, the SIG P365 SAS is identical to the original model. The pistol is very small and very light and it belongs to the family of modern, polymer-framed micro-compact pistols. The SIG P365 comes with a 3.1’’ long barrel and when it comes to the overall specs, the pistol is 5.8’’ long, 4.3’’ high and mere 1’’ wide. And as the SAS only weighs 17.8oz, it really is one of the most compact and lightweight carry guns currently available on the market. If paired with a well-fitting SIG P365 SAS holster, it quickly becomes the favorite for your new everyday concealed carry.

What sets the pistol apart from other popular micro and sub compact handguns is the pistol’s high-capacity magazine. If you decide to get an easy to conceal pistol or revolver, it often comes at the cost of the number of rounds it offers. At launch, the SIG came with a high-cap 10 round flush magazine. And if you’re asking how on earth did SIG Sauer manage to cram such capacity in such a small package, the answer is quite simple -  a double stack magazine. And as if that wasn’t enough, SIG Sauer also introduced extended 12 and 15 round magazines!

When the standard P365 was first released, one of the problems many complained about was the not so flawless sights system. The pistol’s night sights kept breaking off or they completely failed to glow in the dark, which made SIG Sauer stop the shipping of the P365, fix the problems, and release the second generation of the pistol.To avoid both the repeated sights issues and any potential snag that the night sights frequently cause, they replaced the SIG Sauer XRay3 Night Sights with the brand new flush-mounted FT Bullseye Fiber-Tritium Night Sights. This popular sighs system by Meprolight is considered the smallest optical sight in the world. The system is very low profile and it doesn’t require any front sight, which reduces the risk of any potential snags. To make the pistol 100% anti-snag, SIG machined the SAS’ slide in such a way that the sight is recessed into the slight. It’s a really cool design, but you can’t really adjust elevation and windage on the sight, which could be a big problem in some situations.

Just like I mentioned before, the P365 SAS comes with a ported barrel and slide. This “innovation” was implemented with one particular thing in mind - to lower the pistol’s recoil. And SIG managed to considerably reduce the felt recoil that many experienced with the original P365 model.

And although some recoil is still present, it’s quite insignificant when you take into account how small a package the P365 SAS is. Thanks to the newly designed barrel and slide, however, the handgun stays on target as the porting keeps the muzzle from rising. This feature of the P365 SAS will be definitely appreciated mainly by novice gun owners who haven’t mastered a firm shooting grip yet.

Just like the standard P365, the SAS version is also an extremely reliable pistol, deserving the A+ rating. And I dare to say the SAS’ reliability is even higher than the one of the regular P365. One thing the SIG P365 is often blamed for is the pistol’s primer or striker drag. Surprisingly, this issue hasn’t been reported with the SAS model at all (at least not by anyone I know). And I can say that I personally experienced zero malfunctions with the pistol to the date. No failures to feed, fire, or extract, and no evidence of primer drag, something the P365 exhibited shortly after its launch.

Due to its micro-compact size, extremely light weight, and anti-snag design, the SIG P365 SAS seems like an ideal everyday concealed carry gun and probably the best available self-defense option. But you will be able to get the maximum out of it only if you pair it up with a well-fitting SIG Sauer P365 SAS holster.

Just like the regular P365, the SAS model works best with IWB and appendix holsters. The gun is very small and light, which means it won’t really dig into your body and you should be able to carry it with absolute comfort. Outside the waistband holsters are also an option and so are the cross-draw holsters, especially for those who spend a lot of time driving or have an office job.

If you want a custom hand made SIG Sauer P365 SAS holster, then pick from our selection of the SIG P365 holsters and don’t forget to add a note in the “your note” field when checking out that you’ve got the SAS model. Our manufacture will adjust the holster so that it fits you SIG anti-snag pistol like a glove.

While the SIG P365 SAS isn’t a huge improvement over the regular P365, the pistol is extremely reliable, super easy to conceal, perfect for self-defense and it offers what the standard P365 is most famous for - super high capacity in a very small package.

The pistol’s anti-snag system could be a lifesaver and although I don’t personally prefer it to the original P365, I’d still advise you to give it a chance. Due to reduced recoil and its anti-snag design, the pistol is ideal for those new to micro-compact handguns. If you decide to get it, you certainly won’t regret it. But don’t forget to get a well-fitting SIG P365 SAS holster for it too.