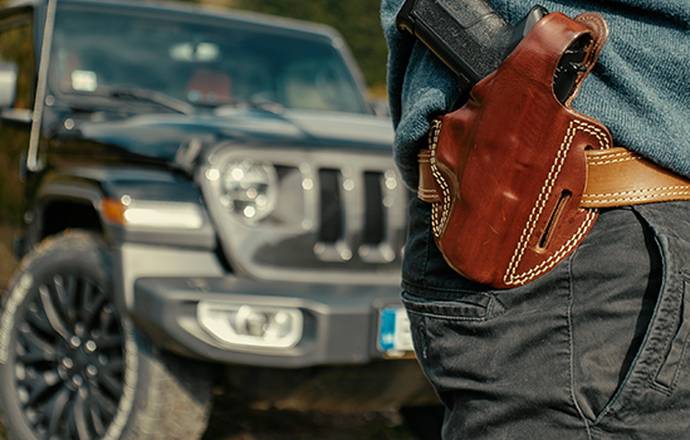 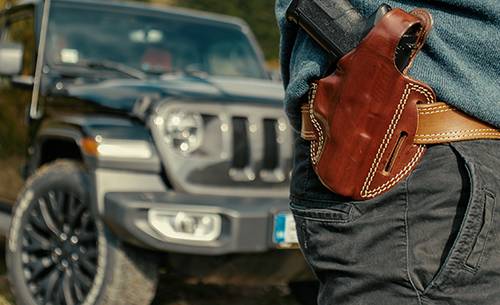 It’s a known fact that danger can present itself anywhere and at any given time. That's why it’s a good idea to always be prepared and have self-defense means at hand. Even when driving. But the question remains - “Can I carry my gun when travelling in my car?”

The answer is, in most cases, positive. However, before you hit the road you should consider a couple of things connected with carrying a gun in your car. Some of the most important are these:

Pulled over when carrying 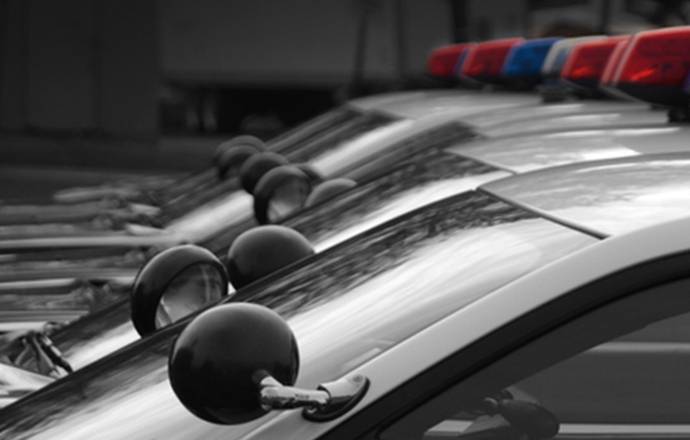 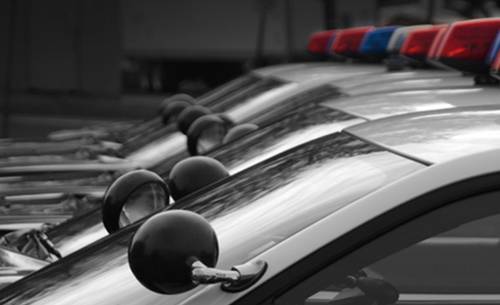 There's always a chance you might get pulled over by a Law Enforcement officer when you have a gun in your car. That's why it's vital to thoroughly know the state and local guns when carrying your gun concealed in a car. Most states allow for concealed gun carry in a car, especially if you are a citizen of that state and you have your CCW permit, but usually with certain restrictions.

For example, if you're a citizen of California and you hold your concealed carry permit, you can still carry your gun only if it's broken down and carried in a locked compartment, so regular gun holsters are out of question. So, if you plan on cruising the roads of this state and you're tired of constantly having to re-assemble your handgun, I'd advise you to get a rifle or handgun. Just make sure it's fully unloaded when you hit the road, otherwise you could get in quite a lot of trouble.

If you're driving on the roads of the District of Columbia, the situation is very similar. The state has some of the harshest and most restrictive CCW laws and in addition to keeping your gun disassembled and unloaded, it mustn't be accessible by any of your passengers. Rifles and handguns won't help you much either, as the laws for big guns are the same.

In states such as Wyoming, the laws for carrying a gun in a car are much more lenient. You can freely carry open and/or concealed, even when your gun is loaded. When it comes to the other states, most of them fall somewhere between California and Wyoming and they generally don't allow for concealed carry of a loaded weapon when driving.

However, no matter which state your decide to cruise around, I'd advise you to at least stash your gun somewhere safe when you have your hands on the wheel. And if you by any chance get pulled over, you should follow these instructions:

keeping your gun in a car 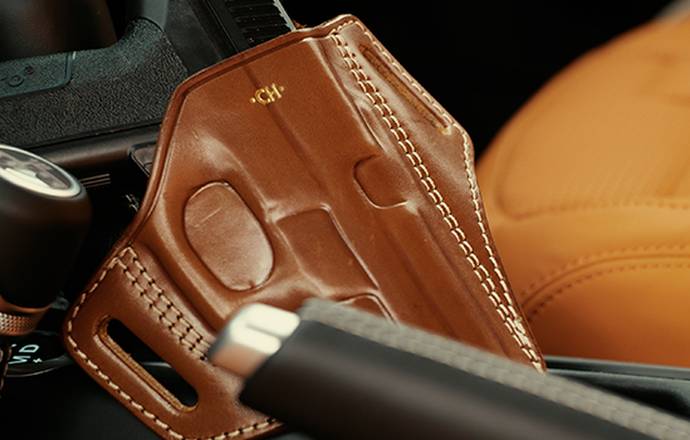 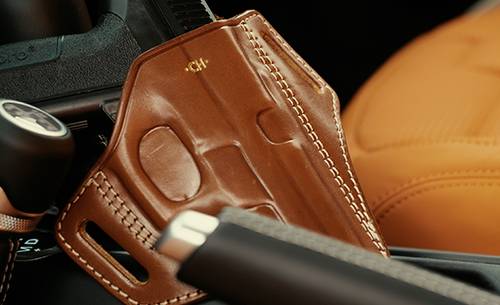 There is a number of places where you can keep your gun when driving. The first, and most obvious, is the car console. But is it the best place to keep your gun? Certainly not. Leaving your gun in a car console makes it rather exposed and easily accessible. If I was travelling on my own, this option could work. However, I definitely wouldn't advise you to leave your firearm there if you're often travelling with your children. You know how playful a child can get, especially if your eyes are fixed on the road and you aren't paying much attention to them. In a matter of seconds, your kid could reach out from the back seat and grab the gun ... and let's not even start talking about what could possibly happen.

Another viable option, and a bit better in the terms of concealment, is the glove compartment. Keeping your gun in there makes it entirely concealed, however, it's easily accessible by the person sitting next to you. Just like I mentioned before, this could be a big problem in the states with the stricter gun laws. I'd also keep my gun in the glove comparment only if I fully trusted the other passengers. Also, in case you needed your gun in the face of immediate danger, getting hold of it would take much more time than if you kept it in the console.

When it comes to off-body carry, car holsters and gun safes seem to be a good choice. Car holsters can be installed in many ways and they can keep your gun at hand when you need it most. The same can be said about gun safes, which can be most frequently built into the car console. It's a much better option than the glove compartment, but not all of the cars might alove enough room for a safe to be installed. 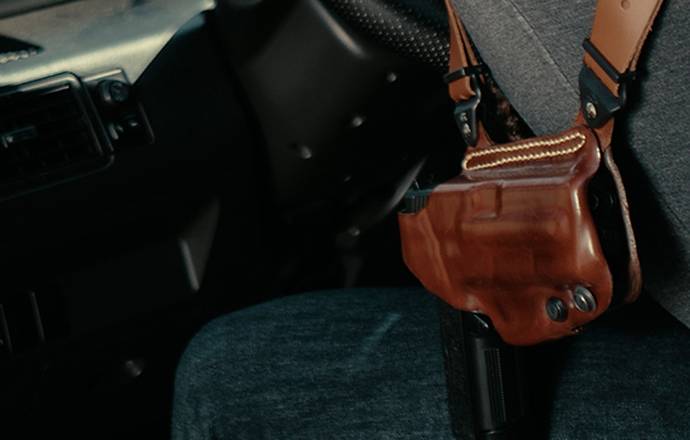 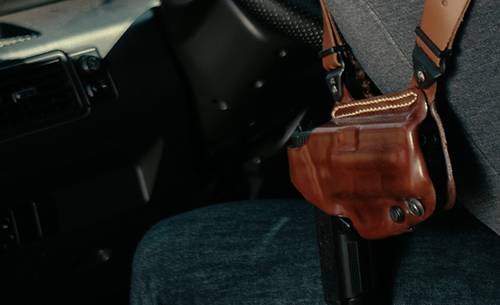 Let's have a look at the last option for concealed carry in a car - on-body holsters. If the CCW laws of the state you're crossing allow you to carry concealed in a traditional holster, I'd definitely advise you to stick to these. However, it's important to know which style of carry to go for, as most create quite a lot of discomfort when you're sitting. IWB and appendix holsters are definitely out of question, even if your carry gun is tiny, as your gun would keep sticking into your gut and other delicate parts. And you really want to feel as comfortable as it gets when behind the wheel.

Generally speaking, the most comfortable and best holsters for driving (or any other sedentary activity) are the following - cross-draw holsters, high-ride OWB holsters, and shoulder holsters. But even if a holster falls down into one of these categories, it doesn't mean it's ideal. To know which ones work best in a car, let's have a look at 3 ideal holsters for driving.

This custom leather holster was designed for those who spends hours on end driving or sitting. Its slim profile makes it very easy to conceal with just a shirt or jacket. The holster sits comfortably on the belt and allows for a very smooth cross-body draw, so that you can keep your hand on the wheel. The holster is made of premium leather that's wet-molded on the replica of your pistol, delivering perfect fit. The retention is enhanced with a steel-reinforced thumb break. Simply put, it's a perfect holster for drivers and you can get it here. 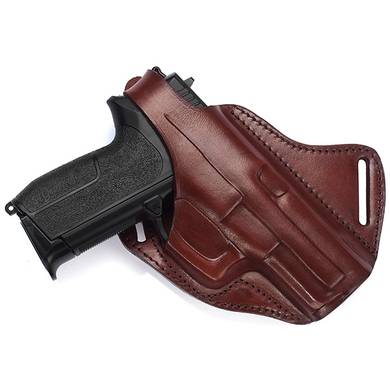 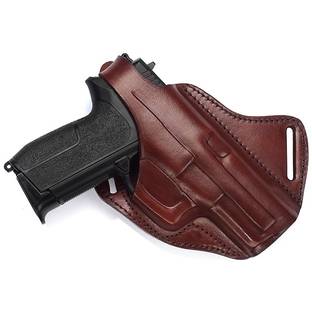 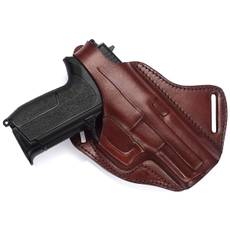 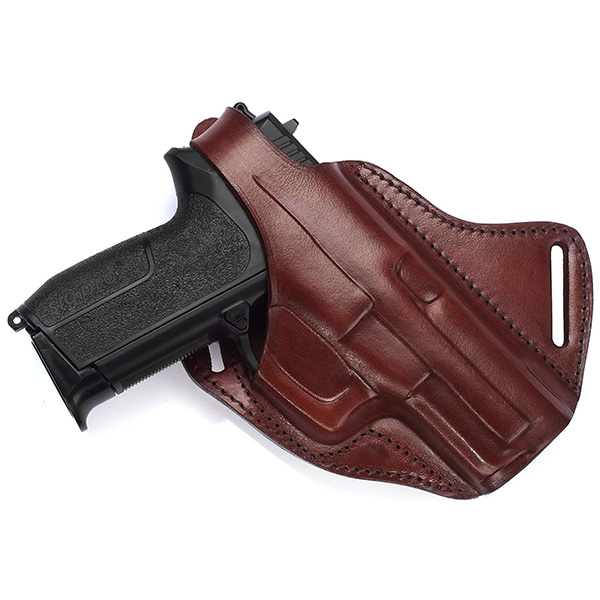 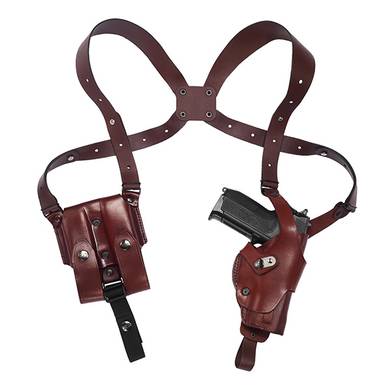 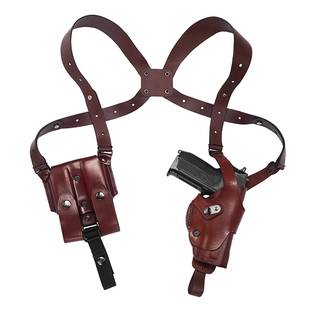 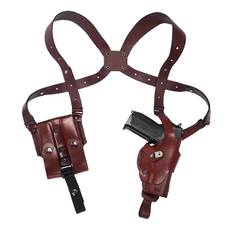 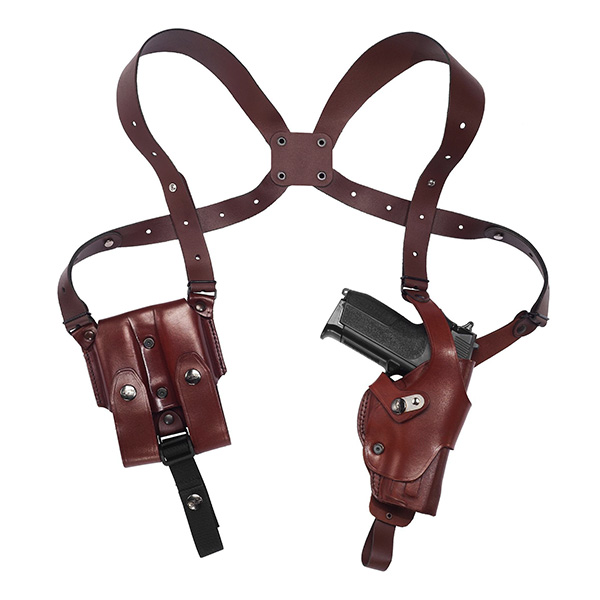 Want to carry concealed when driving with some real style? Then you simply need this rig. The gun is carried vertically, which makes it hug your body well, allowing for easy concealment. Vertical rigs don't obstruct your movement at all, so you'll be fully able to focus on driving. The roto features allows for horizontal draw, which works well with one of your hands on the wheel. The system features a double ammo pouch and it comes entirely assembled. This excellent shoulder rig for drivers is available here.

This is yet another great concealed carry holster for drivers. Although it's carried outside the waistband, it sits high on the belt, which results in very easy access to the gun, especially when sitting. It doesn't obstruct your movement at all and the holster can be easily concealed with a shirt or jacket. The holster comes with a steel-reinforced thumb break, which boosts it's security and retention. You can get this excellent holster for drivers here. 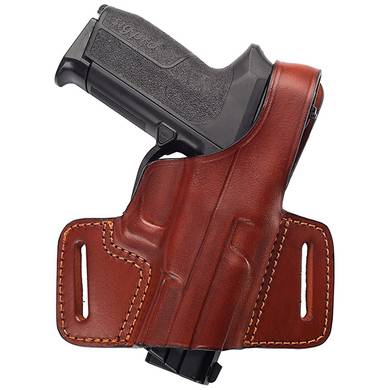 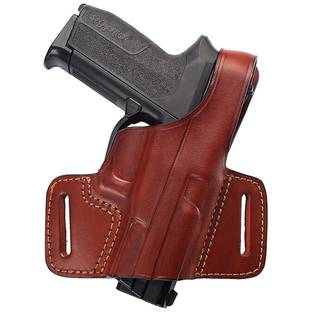 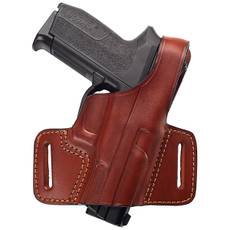 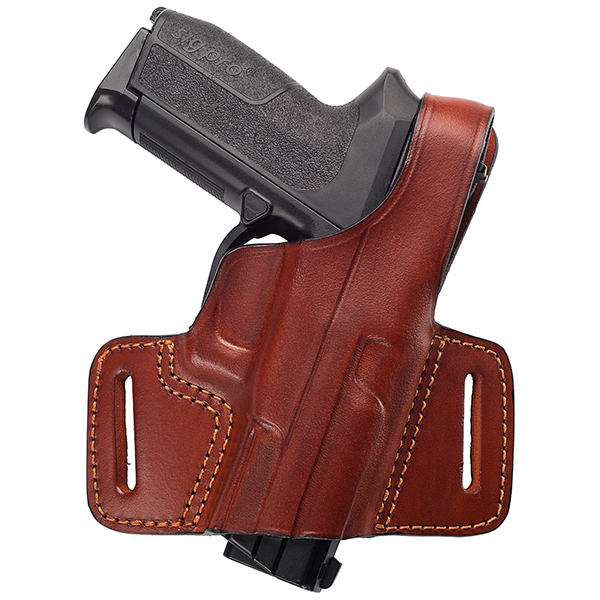 Conclusion - time to hit the road 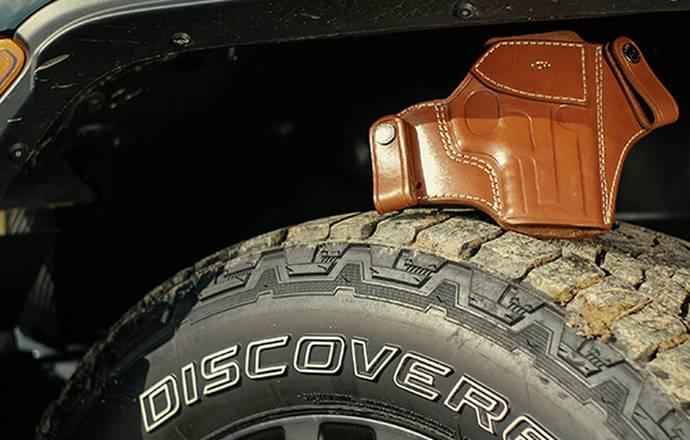 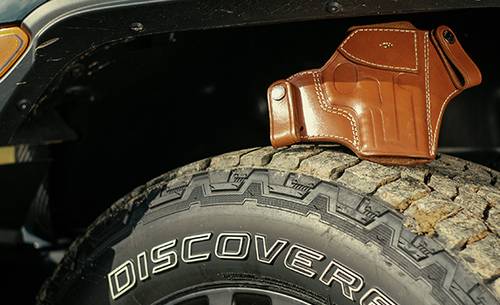 So, this was our list of the most important tips & tricks for concealed carry in your car. First and foremost, make yourself familiar with the CCW laws of the state whose roads you're about to hit. Most states will require you to carry your gun unloaded when driving, so keep that in mind. If you're not travelling alone, make sure you keep your firearm out of the reach of the other passengers. Don't forget to check up on your gun regularly, especially if you often make stops. Try and see which of the ways in which you can carry a gun in your car works best for you. And if you decide for a traditional gun holster, make sure it's a well-fitting and comfortable so that you can fully focus on the road while staying as safe as possible. And you can find holsters exactly like that on our offer.

Pulled Over And Carrying Concealed

7 Important Things To Consider When Carrying A Gun