The Story of ZVI Holsters 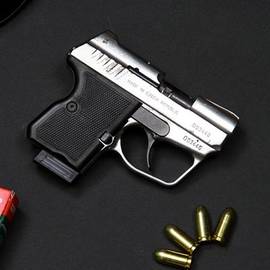 The predecessor of ZVI Inc. was ZVI Vsetin, which was founded in 1937 as a branch of the Čs zbrojovka Brno Inc. The production was aimed to the manufacturing of subset 37 cal. 7.92 mm and subset 60 cal. 15mm machine-guns, as well as the production of ammunition for the Czechoslovak army and hunting ammunition. The company had government based deals until the year 1950 when it became independent and changed the aim of production to textile machinery - knitting machines specifically. The year 1989 and surrounding political changes meant, that the company split into separate branches and every branch diversified its production. One of the newly established companies - Zbrojovka Vsetin Inc. continued the traditional arms manufacturing process, changed it’s name to Zbrojovka Vsetin Indet in 1993 and to ZVI in 2000 respectively. ZVI is now a producer of medium calibre weapons and ammunition and its range of arms is a 20mm Gun Pod ‘Plamen’, 9mm pistol ‘Kevin’ and a 12.7 mm sniper rifle ‘Falcon’.