The Story of Steyr Holsters 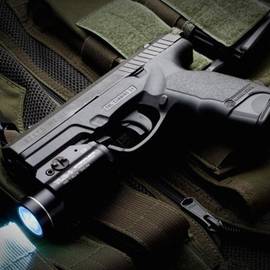 The Steyr Mannlicher is a firearms producer that is based in Sankt Ulrich bei Steyr in Austria. Based on a centuries of old tradition in producing firearms, the Austrian gunsmith Josef Werndl founded the company in 1864.

During the years since then a lot of rifles have been produced to become the best products of the firearm industry, such as the “Original Mannlicher-Schönauer”, the model StG 77 also known as Steyr Aug or the model SSG 69. Products of this Austrian company were adopted by many Police Departments or Armed Forces worldwide. Leopold Werndl, a blacksmith in Steyr in 1821 began producing iron parts for wide range of weapons.

When his father died, 24-year-old Josef Werndl took over his factory. In 1890, first applied, the Mannlicher M1901, and the Steyr-Hahn M1912 became milestones of the auto-loading pistol technology. At the beginning of World War I, even with more than 15,000 employees, production output was 4,000 weapons daily.